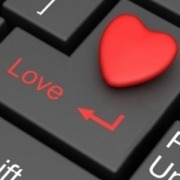 Make visitors love your website by using these 4 expert tips 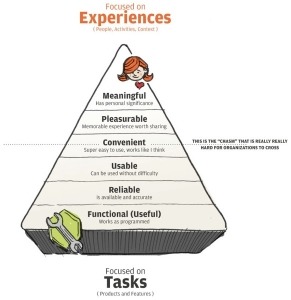 The arts of seduction and interaction design go hand-in-hand. Your goal, after all, is making the user fall in love with your website or application.

The same principles of courtship apply: trying too hard repulses the user, while not trying enough will make them pass you over.

In this article, we’ll show how to take advantage of human psychology and emotional design to create an alluring charm to your interface.

An alluring interface is designed to put the user in a state of flow — a mindset in which they are so focused on interacting with your product, they forget the rest of the world. Mihaly Csikszentmihalyi, in his book Flow, explains that this is the optimal experience because the user focuses on their work, and the interface becomes only an invisible hand guiding them along.

The way to inspire flow is to constantly and rewardingly engage the user — “seducing them,” in other words. To create such an experience, at least two factors are needed:

While a simplistic viewpoint of the much more complex field of interaction design, creating this “flow” in your users is a nice, simple goal to chase throughout the rest of the design process. 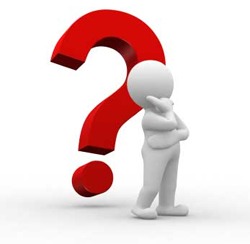 The first step is understanding as much as possible about people.

This list of observations about individuals as a whole leads the way to interaction designs that give people what they want. From this list, we can derive a list of elements that will make your website or app more attractive to the common person.

Because so much of interaction design concerns human experiences, you must design for what the brain cares about (which is different than what the conscious mind cares about). To design for a brain that’s evolved over a long period of time, you’ll need to incorporate beauty, visual variety, and of course emotion.

While we’re on the topic of the human element, let’s explore emotion in interaction design. First we’ll explain the difference between usability and enjoyment, and then we’ll discuss some practical tips for designing emotional experiences.

Emotional stimuli make the difference between a product that’s loved, rather than simply usable. Anders Toxboe, Designer for Bonnier Interactive, makes the case that, while usability will satisfy your users, the satisfaction will be short-lived. To be loved, an interface requires more than functionality.

As you can understand, a homeless person who comes into some money will likely spend it on food or shelter instead of a psychologist appointment — physiological needs hold more weight than self-actualization needs.

Evidently, usability goals are still core to interaction design. But once they are fulfilled, there remains a lot of room for improvement.

Don’t make the mistake of designing only for usability. Make sure you design experiences that also fulfill the user’s emotional needs.

One of the reasons a lot of designers miss the top part of the pyramid is because it’s difficult. 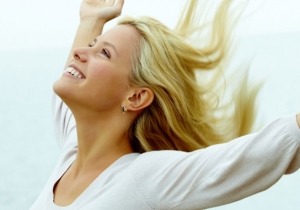 Knowing whether something is usable is relatively easier — a test can determine if it works, and some troubleshooting options can solve the problem if it doesn’t. But how can you determine if your interface creates an emotional response or not? That’s a little trickier to test.

Here are a handful of helpful tips discovered by the experts that can guide you into developing the UX your users want:

Appealing Visuals — While a delightful mascot may seem cheesy to some, its appeal to users is well-known.

Trust — This should go without saying, but if users don’t trust you — i.e., product pictures don’t match descriptions — they will turn off emotionally. It’s best to be honest with your content and media, albeit with your best foot forward.

Reciprocation — When the user feels like they were done a favor, they’re more likely to return the favor. If your design permits, try to give away small gifts (like a sample chapter for a book).

Personalization — When your interface responds to a user without them disclosing information, you can create an immediate rapport. 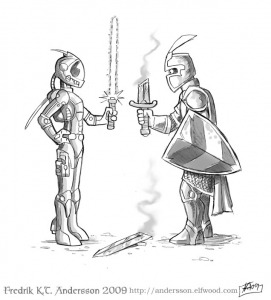 Novelty Surprises — The core functions themselves should be predictable (e.g. a popup form shouldn’t redirect users after clicking “OK”). Surprise only works to your advantage when it adds delight rather than affect the function.

Just as with human interaction, the more personality you show, the more it will polarize you. This means if you make a statement like, “Fantasy is better than sci-fi,” fantasy fans will love and appreciate your site much more, but you will lose some sci-fi fans.

While eliciting an emotional response can occasionally backfire, it’s better to stir something in your users than nothing at all.

Seductive design isn’t about tricking your user into behaving a certain way. It’s about getting them to want to behave that way on their own.

You shouldn’t be deceitful or manipulative — it’s just a matter of creating an interface that’s enjoyable enough so that users want to use it. Words and phrases like “engaged” or “in the flow” are just synonyms for “having fun.” If you want users to keep coming back, you need to incorporate the foundations of any good human relationship: be helpful, reliable, understanding, and interesting.

Our goal is to help you understand that interaction design isn’t just about creating interfaces. It’s about mastering human-to-human design, because your goal is to make the black box of technology feel as empathetic and alive as possible. 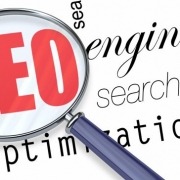 Effective Search Engine Optimization is really not that difficult but will take a little knowledge and a keen attention to detail.

Each page of your website should be optimized for only a few keywords or phrases. This page helps you get found every time someone uses a search engine to find the keyword phrases you are optimizing for.

If you optimize your keywords correctly, you probably will get increased traffic to the website from looking for the type of products and services you offer. However, if you optimize for the “wrong” keywords, you won’t get an increase in traffic or can be found by the wrong audience altogether.

Using a keyword research tool, you can determine how many times per month certain keyword phrases are searched. This is important because you don’t want to optimize your web pages for terms that no one cares about.

Also, you must type each keyword phrase on Google (or search engine of your choice) to see what results you find. If the results show you the pages that relate to your own, you’re on the right track.

If the results are completely irrelevant, you should avoid optimizing for keyword phrases and search terms that are more targeted. 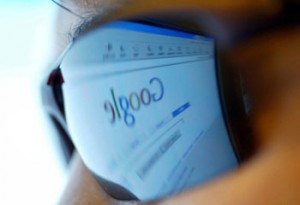 2. Stuff Too Many Keywords in Your Meta Tags

It is far better to be known for a few keywords than it is to be missed by hundreds…Narrow your keywords and try to use only a few keywords per page. Remember that in order for the keyword meta tag to be efective, it has to correlate to the keywords in the content of the page. There is no way you can optimize each page for more that a few keywords, so don’t bother stuffing a massive ammount of keywords in your meta tags. You are better off to have more pages, and optimize each page for a specific keyword or phrase.

3. Forget to Include The Title On Your Web Pages.

Each page of your website should have a title page also called “meta-title page.” This information will be added to the HTML code itself and can be found at the top of the page.

The title page serves many different purposes. First, it will be displayed at the top of the browser window to let visitors know the type of information is expected on the page. It also helps search engines and human visitors know what content is expected.

This is why it is essential that you include a title page that your keyword phrases to optimize.

The title page will appear every time someone finds your pages by using search engines. The title Information Page which is used for the link, is a blue clickable link and will find your page.

Forgetting to include page titles can cause search engines to add the term, “Untitled Document” on your page. It looks quite unprofessional and can hamper your ability to be found for important keyword phrases as well.

4. Using The Same Page Title On All Pages.

Too often, I see the webmaster using the exact same page title on every page of this site.

Remember that search engines index each page of your site, not your overall site. Your “meta title page” should include a keyword phrase you want to optimize the pages for, and each page should be optimized for a set of key phrases that pertain to the content of each page.

While there is more to effective search engine optimization, avoid these common mistakes and it can help you outperform many sites that use them.

If you are careful to do thorough keyword research, you will find a set of keyword phrases that will bring you targeted traffic and new businesses.